Consistently used in many forms of physical training, the push up has been considered one of the best physical tests of muscular fitness and endurance. Namely known for its use in the military as well as other physically demanding activities such as boxing and the martial arts, the push up is necessary for any physical examination in which many struggle with.

Whether you need to increase your push ups in the military or other extra curricular activities, this article will give you step-by-step instruction as well as hints and tips to be successful. The two keys tested throughout the push up are both strength and muscular endurance.

To understand how to take full advantage of a push up, it is necessary to understand the muscle groups used during the push up. The primary muscle used in the push up is the chest, and the secondary muscles used are the triceps and core. Take a look: 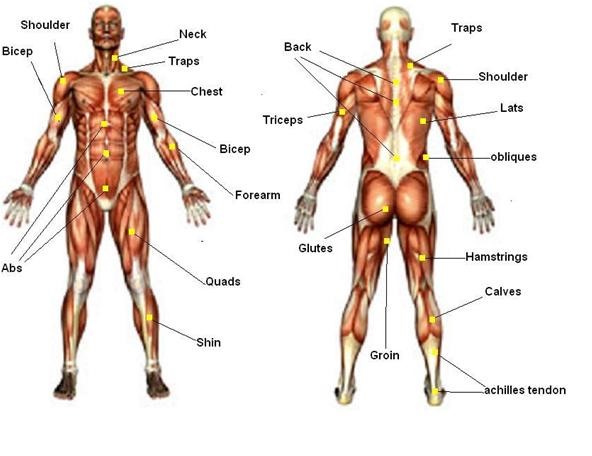 While hours of bench presses and flies will increase your chest size and strength, you may be wondering why your push up numbers are still lacking. While we named the three major muscle groups performing in this exercise, the push up also requires smaller "stabilizing" muscles in order to be performed effectively. While the bench press targets the chest, the idea is to train these specific "stabilizing" muscles, which are mainly reached by doing more push ups.

In other words, if you are having difficulty with push ups, it is because these smaller stabilizing muscles that are required have not been trained enough and thus, in essence, to do more push ups, you must keep doing push ups. There are plenty of push up techniques to target these smaller muscles and increase strength such as explosive push ups, diamond push ups, wide arm push ups, and incline/decline push ups.

While strength is half the battle towards more push ups, endurance is necessary to increase your number of reps. The key to endurance is mainly accomplished as strength is increased, but there needs to be an understanding of how to take advantage of the endurance you gain. In order to do as many reps as possible in a single sitting you must:

Begin by completing as many possible repetitions in a row as possible until the point where you need your first rest*.

* The resting position is done by gaining the downward dog position

Understand that at this point, your muscles have received little recovery during the resting position. By now you should begin to rep out sets of 5 push ups at a time, resting in between each set.

As your endurance begins to decline, begin to adjust hand positions to wide or close arm in order to engage different muscles and allow other ones to rest.

Want to master Microsoft Excel and take your work-from-home job prospects to the next level? Jump-start your career with our Premium A-to-Z Microsoft Excel Training Bundle from the new Gadget Hacks Shop and get lifetime access to more than 40 hours of Basic to Advanced instruction on functions, formula, tools, and more.

Other worthwhile deals to check out:

Join the Next Reality AR Community

Get the latest in AR — delivered straight to your inbox.

Anyone who can do two hundred pushups hardly needs to improve the number they can do as they have already reached a point of diminishing marginal return for the effort put out. Maybe pullups would be a better investment of time and energy.